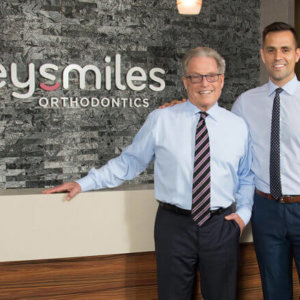 Dr. Daniel Frey was born and raised in the Lehigh Valley. As an adolescent, he competed nationally in youth soccer, but also explored musical practice and film production.

After graduating from Blair Academy in 2005, he completed his pre-dental requisites at the University of Pittsburgh, majoring in Biology.

Dr. Frey was then admitted to Temple University’s dental school in Philadelphia, PA. He graduated at the top of his class, achieving the Summa Cum Laude designation from Temple Dental. Aside from his studies, he assisted the dental school soccer team in winning the graduate school championship. Dr. Frey was then admitted to the highly competitive orthodontic residency at the University of the Pacific in San Francisco, CA. There, he utilized the most innovative orthodontic techniques in treating patients alongside faculty from around the world. While in San Francisco, Dr. Frey earned his Master of Science for his research in three-dimensional craniofacial analysis.

Currently, Dr. Daniel Frey maintains part-time faculty status at the University of the Pacific orthodontic department. He is a member of the American Association of Orthodontists and the American Dental Association. In his free time he enjoys staying active outdoors, camping, music, cooking and good company.