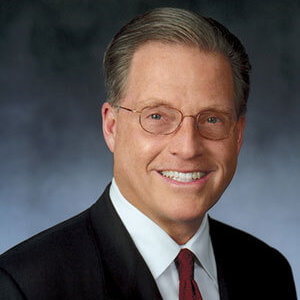 Gregg Frey was born in Allentown, PA and graduated from Emmaus High School where he played football. He attended Hartwick College and Penn State University. Dr. Frey was given early acceptance to Temple University School of Dentistry and received his doctorate degree with honors.

After graduation, Dr. Frey served in the U.S. Navy Dental Corps at the submarine base, New London, CT. After two years of active duty, he returned to Temple University’s Orthodontic Program. He graduated and established his home and practice in the Lehigh Valley.

Dr. Frey is a Diplomate of the American Board of Orthodontics (ABO). This distinction is held by fewer than 25% of orthodontists nationwide. ABO certification represents the culmination of 5-10 years of written and oral examinations and independent expert review of actual treated patients. Recently Dr. Frey voluntarily re-certified. Read more about Board Certification in orthodontics here.

Dr. Frey has been a guest on local television and nationally-syndicated television programs. He has also been featured in the local newspaper regarding orthodontic advancements. In 2004, the Consumer Review Council of America named Dr. Frey one of “America’s Top Orthodontists.” Dr. Frey and his team were selected by the Lehigh Valley’s Morning Call Readers’ Choice survey as “Best Orthodontist” in 2007, 2008, 2009, 2012 and 2018 and named “Best Orthodontist” by Lehigh Valley Magazine in 2011, 2012, 2013, 2014, 2015 and 2018.

Dr. Frey and his wife, Dana, a former dental hygienist and graduate of University of Pennsylvania, enjoy running, biking and soccer. Before their two boys, Scott and Daniel, were born, they participated in local running races, marathons, triathlons, the Velodrome developmental series and also cycle-toured Europe. Dr. Frey has a National soccer coaching license (NSCAA) earned at the University of Notre Dame and a “B” and “C” USSF license earned at University of South Florida.

Dr. Frey has coached for the St. Thomas More Soccer Club, Lower Macungie Youth Association and Lehigh Valley Select team. He also coached the Western Lehigh Sharks-a boys Premier team. In 2004, this U-17 Western Lehigh team was the Pennsylvania state finalist and ranked as high as 27th in the USA.

As an airplane pilot, Dr. Frey completed his commercial multi-engine certificate with a multi-engine and instrument rating. He also was the crew chief for his father’s SCCA E Production Porsche Speedster—many times a national champion contender. Dr. Frey now owns a 914-6 GT Porsche vintage race car which he enjoys taking to race circuits across the country in vintage race series. He has achieved overall wins and podium finishes at Watkins Glen, Virginia International Raceway, and Mid Ohio racetracks. Musically, Dr. Frey took piano lessons for 7 years and is a member of the Sentinels Drum Corps drum line.

He is excited to be joined by his son, Dr. Daniel Frey, at FreySmiles Orthodontics. As a father/son team, they’ve created beautiful, healthy smiles for thousands of patients across the Lehigh Valley and beyond. Dr. Gregg’s oldest son, Dr. Scott Frey also practices orthodontics in Chesapeake, VA. Dr. Frey is proud of the legacy he began at FreySmiles and the thousands of smiles he’s been a part of creating.